Failure is transient, not existential. You have failed, you are not a failure. There’s an important difference.

When I was a kid, my dad used to tell me he’d rather that I work hard and earn Bs than coast through something that was easy for me with As. He could be a little curmudgeonly, but he always claimed he placed more trust in people who struggled, and succeeded, in school than those who never had to learn to overcome adversity, or failure. “Builds character!”

Maybe he underestimated A students. Maybe they also struggled, maybe those As were hard-won, and they overcame adversity to get there. But his main point still holds: adversity — failure — builds character; that we learn more from our mistakes than we do from our successes.

I’m not sure who needs to hear this (actually, I am sure of at least one person who needs to hear it), but my age — and my own history of f*cking up — make me feel the need to say this out loud: you have my permission to f*ck up. In fact, I recommend it. Encourage it, even.

Disclaimer: “F*cking up” in this context means “trying and failing.” Everything is difficult the first time. And the second time (sometimes more). Not learning from mistakes, making mistakes of the heart, not mistakes of the head, is a different thing altogether. The difference is intent. Life can be hard. Offer not valid for objectively stupid stuff, like drinking and driving, illegal drug use, or being mean to puppies.

Failure is Critical to Success

“Good judgment comes from experience, and most of that comes from poor judgment.” — Will Rogers (though a lot of people have said this, too)

Thomas Edison once said “I have not failed. I’ve just found 10,000 ways that won’t work.” Trial and error is part of the process. Trying, failing, and trying again leads to a deeper knowledge of your subject, inspires creativity, and instills grit that doesn’t come when one achieves success on the first try.

Even one of the greatest athletes of all time has felt the sting.

“I’ve missed more than nine thousand shots in my career. I’ve lost almost three hundred games. Twenty-six times I’ve been trusted to take the game-winning shot and missed. I’ve failed over and over and over again in my life. And that is why I succeed.” — Michael Jordan

The key thing here is in how competent people treat themselves when they notice their own deficiencies. Do they berate themselves, have lower self-confidence? Or do they afford themselves the same compassion and support they would to a friend? Optimistic people can accept their failures, learn from them, and move on.

Failure is transient, not existential. You have failed, you are not a failure. There’s an important difference, and how you talk to yourself about failure greatly affects how you rebound. Do you learn and try again, or do you let it define you?

“Success is not final, failure is not fatal: it is the courage to continue that counts.”— Winston Churchill

I’ve noticed throughout my career that you never feel so stupid as you do your first two or three weeks on a new job. How do I do X? Who should I talk to about Y? What does Z mean? Where do we keep the pens? How does the coffee machine work?

I recently left a position I had held for 11 years. I had developed a level of expertise and accumulated years of institutional knowledge. I knew where the bodies were buried, who buried them, and what they had done to deserve burying. I was the go-to for several topics. Then I left for a new adventure.

The first three weeks were spent asking what the process was for X, who is in charge of Y, and what does Z mean (I brought my own pens and coffee with me). At the end of three weeks, I hopped on a plane to spend a week with a new client, one with an undefined challenge that I was charged with solving.

So I spent another week, in a new company, asking how they do X, who should I talk to about Y, and what does Z mean (I brought a pen, they supplied coffee).

The point here is not that I failed, but that for about six weeks I felt failure’s close cousin: stupidity. Stupidity is also transient, not existential. I felt stupid, not I am stupid. But there was a difference this time: I knew it would happen, because it happens to everyone. I planned for it, embraced it, and was determined to learn all I could.

I failed fast. Consciously, and mindfully. The result was lower stress (mostly) and a more open mind. On the flight home, I read about my own experience in a book by Chade-Made Tan called Search Inside Yourself, a book about mindfulness and meditation based on a course taught at Google.

This, in particular, stood out. It’s from a conversation between Nathan Myhrvold, founder of Microsoft Research and former chief technology officer, and Bill Gates:

“Lewis and Clark were lost most of the time. If your idea of exploration is to always know where you are and to be inside your zone of competence, you don’t do wild new shit. You have to be confused, upset, think you’re stupid. If you’re not willing to do that you can’t go outside the box.”

All Successful People Have One Thing in Common

Persistence. Calvin Coolidge and, again, Sir Winston Churchill say all that needs to be said on this topic.

“Nothing in this world can take the place of persistence. Talent will not: nothing is more common than unsuccessful men with talent. Genius will not: unrewarded genius is almost a proverb. Education will not: the world is full of educated derelicts. Persistence and determination alone are omnipotent.” — Calvin Coolidge

“Success is stumbling from failure to failure with no loss of enthusiasm.” — Winston Churchill

Who Says You’re a Failure?

We’re often our own harshest critics, and our own internal conversations with ourselves will affect how quickly we recover, but fear of failure also comes from fear of looking foolish in front of others.
But who are those others? What makes them arbiters of success or failure?

Sometimes it’s a boss, or a spouse, or the cops. In these cases, you have to use your own competence to determine their competence to be the judge of, well, competence. Do they know what they’re talking about? Maybe. Maybe not. Maybe it depends on the topic.

F*cking up can have consequences, but they usually aren’t as bad as we fear they will be, and usually the people judging care enough about you to treat your f*ck ups with the same grace and compassion you should be showing yourself (and that you would afford to them).

In other cases, I find it helpful to remind myself of this (often attributed to Albert Einstein, but to others as well):

“If you judge a fish by its ability to climb a tree, it will spend its entire life thinking it’s stupid.”

But in the end, I’m my own harshest critic. It’s up to me to objectively critique my performance, allowing myself to be wrong, recognizing the lessons in my f*ck up, incorporating those lessons into future attempts, and remembering that failure is a moment in time, not a state of being.

And my dad would have me remember this:

“A students work for B students at companies founded by C students.”

For the Child who needed to hear this, there are two types of confidence in this world: knowing that you’re right (experience), and not being afraid to be wrong (what’s the worst that could happen?).

Only God is perfect. You have my permission to f*ck up. It really does always work out. 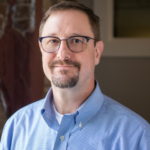 Bryan Garner is the Director of Content Strategy & Technology at our sister company, White Deer Group, charged with helping clients create, distribute, and manage their content more easily and effectively. In an age where content management is a standalone science, Bryan brings his years of large-scale web content management experience to the worlds of franchising and emergency response documentation.